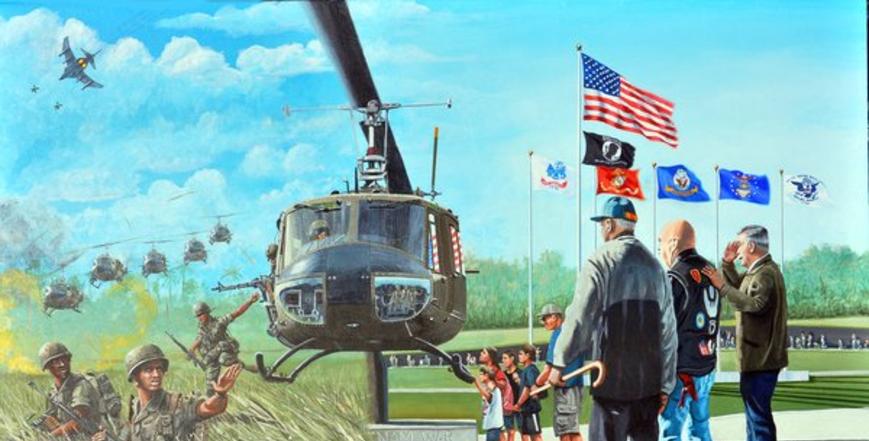 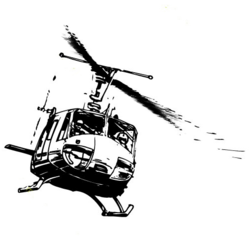 during the Vietnam War. The image contains many instances of symbolism, some obvious, others more discreet.

The three veterans on the right are posed as in the Three Soldiers statue at the Vietnam Veterans Memorial in Washington, D.C.

The scene they see, hear and feel while looking at the UH-1 Huey helicopter in the memorial park is much different than that seen by other visitors, who could be children or grandchildren of the veterans. The flags represent all the U.S. service branches. The F-4 Phantom shown in the upper left was used by the Air Force, Navy and Marines, the UH-1 Huey was used by all services.

The young soldiers on the left are acknowledging the veterans and their sense of pride, sacrifice and duty to country.  The Veterans have never fully left Vietnam, still maintaining one foot in the Elephant Grass with their brothers, while seeing their younger selves reflected in the chin bubble of the Huey. This print edition is in honor and recognition of those soldiers listed as missing in action.